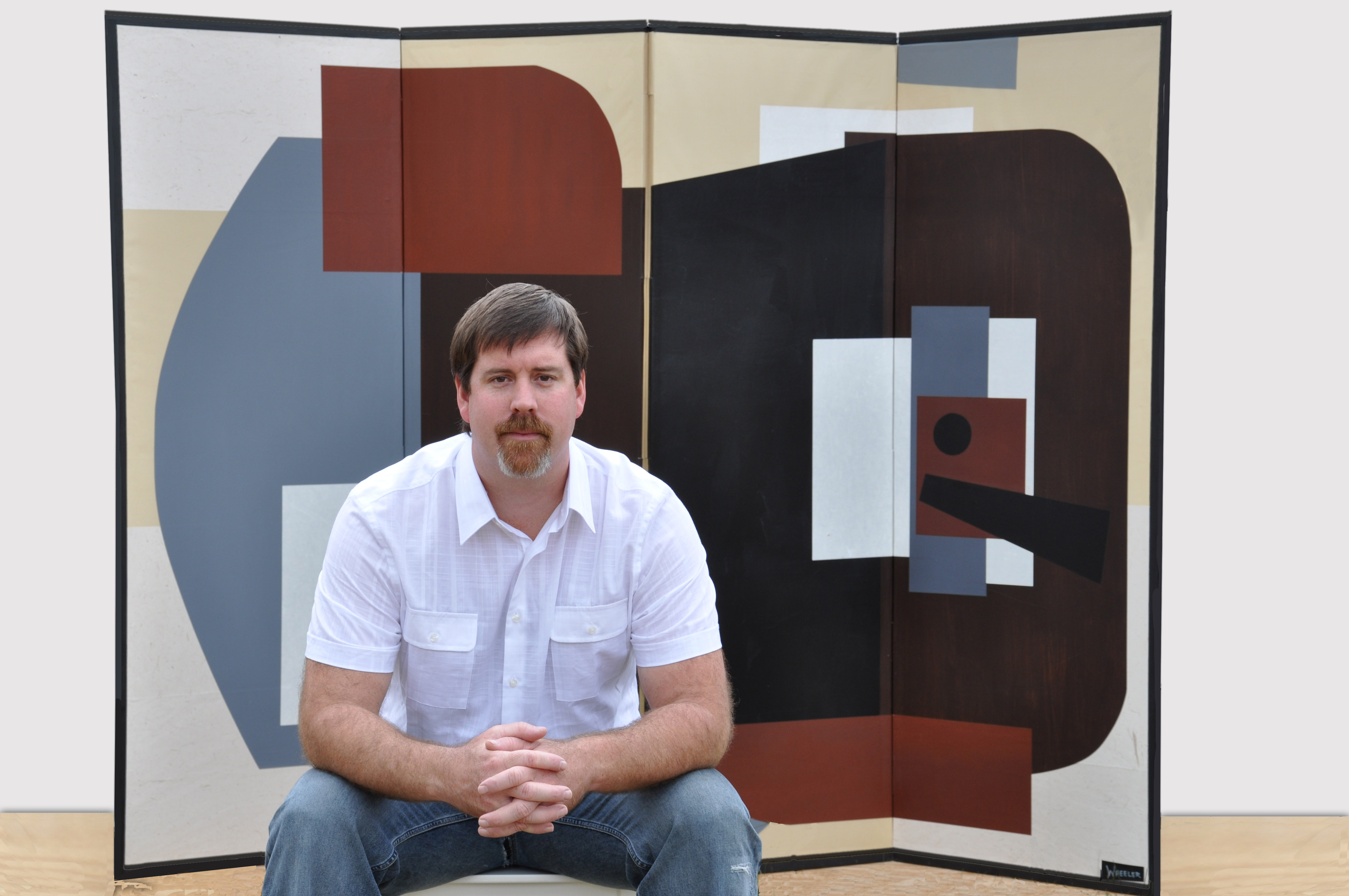 Chris Wheeler grew up in Philadelphia and stayed in the northeast until he graduated from St. Joseph’s university. Shortly after, he began to travel to Europe for months at a time. He spent most of his days in the art museums and galleries storing ideas and absorbing the creativity. At the age of 26 he moved to Seattle where he began painting and sculpting in a small studio.

Chris spent three years in the Northwest working various jobs and searching for his art form. When he moved to Asia he found an art form that truly appealed to his creative side. He moved to Tainan City, Taiwan where he lived for five years. While in Taiwan he studied art, specifically Chinese landscape painting and calligraphy, but more importantly he learned how to mount works on paper for scrolls and shoji screens. With this skill the artist was able to stretch and manipulate paper in ways very few people can. Almost instantly he began creating his own art using these techniques. He had found his art form and the discoveries he made in Tainan during those years made all of his future work possible.

He returned to Seattle in 2005 and immediately opened Nha Vuu Studio and Design with his wife. The studio restored works of art on paper for galleries, Asian antique dealers and collectors from all over the country. Chris is one of the few people in the US able to do this kind of work. During this time he repaired and rebuilt dozens of shoji screens some 200-300 years old.  During this period the artist began producing and selling Shoji screens of his own.

Today Chris resides in the Fort Collins, CO. He runs two art studios, Nha Vuu Studio and Design and Pergamena Fine Art. He and his wife split their time between Fort Collins and Seattle. He still makes time to restore art while producing new art year round.